Welcome to our weekly insight report, where we share our learnings from the previous week as our industry adapts and responds to Covid-19.

Here are the top five searches for the week 4th – 12th April across key markets in each region. 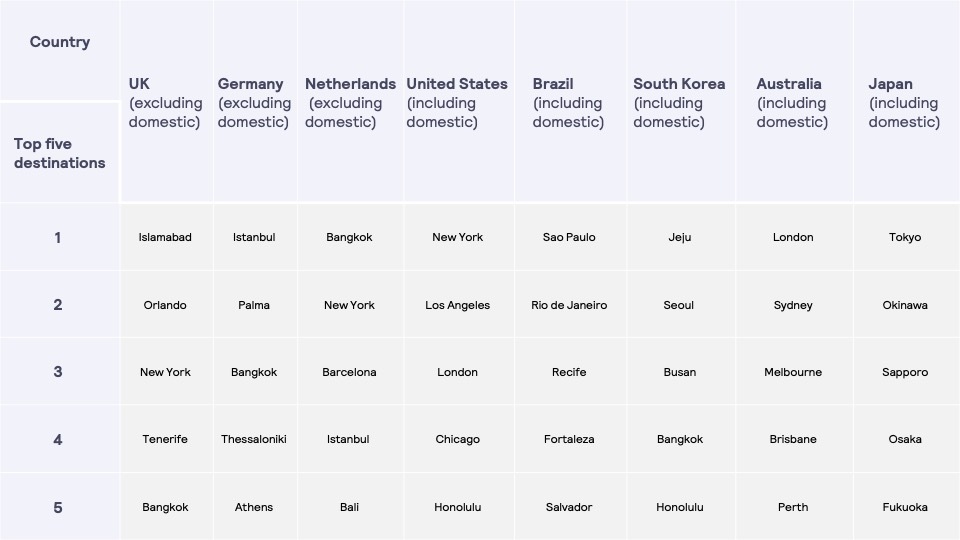 The table below shows the difference in searches from the week starting 6th April vs the previous week – highlighting the weeks getting the highest number of searches between 1st May and 31st December. 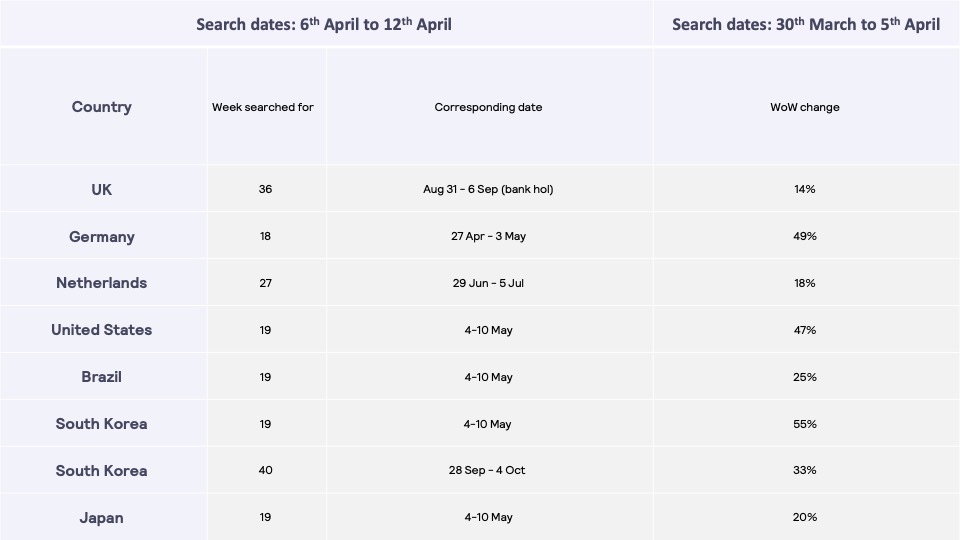 There’s been an increase in weekly searches in all markets for holiday periods vs the previous week:

These are the insights from our fourth weekly pulse survey of more than 5,000 travellers in 17 countries.

Domestic travel has a similar trend:

In the Americas, the percentage of people who are confident it’ll be safe to travel internationally again in six months has risen from 60% to 66% in the past week:

In APAC, this figure has remained at 52% over the past week:

In EMEA, this figure has dropped from 75% to 73% in the past week – but they remain the most optimistic region:

In the Americas, the percentage of people who are confident it’ll be safe to travel domestically again in six months has risen from 79% to 81% in the past week:

In EMEA, the figure has stayed the same at 82%:

“Despite the uncertainty that still prevails around how and when travel will be possible again in many markets, our research shows that traveller optimism is increasing week on week.

“While overall search and booking volumes remain low comparing year-over-year, last week there were observed noticeable lifts in searches for key holiday periods in the latter half of the year.

“A large majority of travellers believe that it will be safe to travel again domestically within six months, and when it comes to international travel, European travellers remain the most optimistic.”

Please visit our blog next Wednesday where we’ll share our data and insights from the past seven days.

And if you missed last week's, you can find it right here.