Bots are Revolutionary, not Evolutionary
April 29, 2016 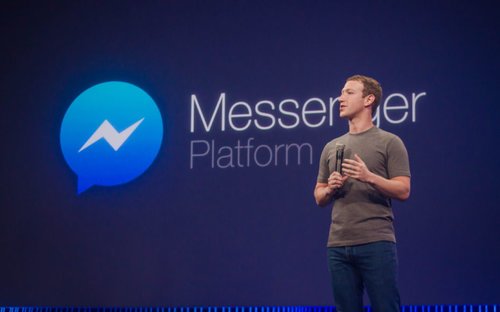 This is a guest blog by Skyscanner for Business Director, Filip Filipov. Filip is responsible for overseeing the planning, growth and development of the affiliate and data analytis products that are currently powering over 700 partners and leads a division of 40 employees from Sofia, where he has set up a satellite engineering hub.

At F8, Facebook's David Marcus announced Messenger as a Platform, allowing businesses to build automated bots to answer user queries via chat bubbles. A few bots were announced (Shop Spring, WSJ, CNN, KLM, among others) and the tech crowd has been fast and loud in proclaiming that it is too early, the bots don't work, they are clunky and some even went so far as to say:

"Let's not try to make it more than that because Facebook had a couple of days of our undivided attention",  Ron Miller

Yes, bots have not met the expectation of a true, seamless conversation that can pass the Turing test. The first versions available on the platform are far from being perfect — yet, this is exactly the point of being an innovator and releasing an MVP. The same could have be said for the first apps on the App Store (just look at eBay) or the first ever website. The point of the bots is not how they look today, but what they set the ground for in the future for a few simple reasons:

Let me address each one in turn.

Recently, my team and I shared at MobCon Europe our view of how technology and communication developed over time and we firmly believe that chat bots are a precursor to true conversational search through voice and potentially, virtual reality. Without the benefit of a voice over, here are the main points:

In that regard, chat bots open the door for us to upgrade how we use technology — the way we used web to get to apps and apps to get to bots. Rather than a fleeting buzz, I believe bots will last and develop as we strive to get to the next level — real time, mass market, immersive experience with trail (rewind back to 20 min ago), in an asynchronous, global way. If you still don’t believe me, see how people do things in China, where the internet user didn’t have the chance to experience web and moved to chats and chat bots right away.

How we Experience the Internet

If we simplify our arguments and we assume that Google owns the internet and Apple and Google own the App Stores, then Facebook owns communication. Facebook messaging has taken over as the way to communicate with friends, shop, order items, book flights, check-in, call and anything else you could expect from a site or an app – from Instagram and Whatsapp to Messenger, Facebook feed and groups, Zuck's vision to connect the world almost certainly has the added benefit of owning that connectivity.

While for some of us chatting with a bot could be unnatural and clunky, let’s not forget that there is a whole generation that uses Snapchat to interact with friends, Messenger and Whatsapp to text and organize, and DaumKakao to order taxis or send money. That generation is unlikely to pick up the phone and talk to a business. It is even more unlikely to get to that business in person to try to resolve an issue or even send them an email. That generation is the bot generation, the same way the next generation will be the voice generation and the one after that, the VR generation.

Previously, we needed to wait for a decade or two to get to the next iteration of technology and adoption, but now that happens faster than ever — we forgot too fast that the device we couldn’t live without was called Blackberry and had a physical keyboard just a few years ago. In the same way, apps now have a close-to-zero installation rate (outside of companies growing at scale, and we are humbled by the 40M+ engaged users who downloaded our app ).

The way we (will) are experiencing the internet today is already via chat and messaging and bots are the natural evolution of it (the same way IVRs were for the phone era). 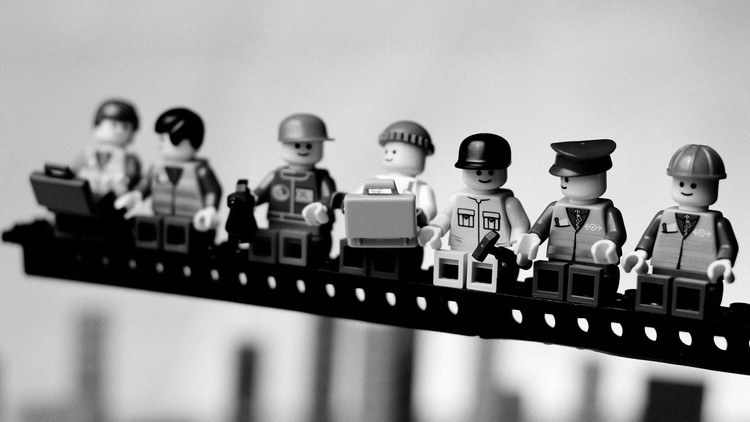 How we Build Products

Today’s MVP, A/B test approach for product development will change fundamentally over the next few years. A successful product manager today, working alongside a team of great designers and individuals, would identify a problem, build a hypothesis around it, create a number of possible solutions quickly (either based on user feedback via small groups, beta releases, or simply via research and intuition), and A/B test them at scale. The version with the best KPI outcomes (regardless of how they are defined) would win and a global market roll out would follow. Not necessarily rocket science, but a hard task nonetheless.

Tomorrow, via the chat bots, the first few steps are skipped. The way a user will ask a question to the bot is how the user expects the product to be built. Adjusting the bot (via machine learning, AI, or otherwise) will mean that we are creating the product on the go, responding to user requirements as they happen real time rather than after a tipping point of complaints or analyses.

The long-lauded personalization, up till now, has been based on cohorts and user behavior, but never on individual needs. Simply, it has not been scalable to have a truly individualised , personalized experience for every single user — either because the interfaces didn’t allow it or the anonymous nature of the users on the internet and within apps meant it couldn’t be built over time. Even loyalty program product managers find it hard to establish good patterns and know why we purchase products the way we do.

With bots, this tasks starts to become more manageable. First, bots are by default interacting with a recognized user, so the chat becomes the user history and while it could still be anonymous, the conversation could be kept for longer than a cookie.

Second, bots allow more freedom in accessing users to understand their needs. We are used to building products based on what technology allows us to do. With bots, we can build them based on what the users require. A small difference, but a critical one — with apps and sites, the users interact with our products the way we build them and while the happiest/grumpiest will complain, the mass will just not give us enough feedback – they simply adjust to what we believe is best. In a bot environment, if a query is not answered, it immediately becomes a need that has to be resolved — and I am not referring to simple misspelled words or colloquial use of language. It is a clear, articulated need, which should factor in our feature backlog.

Third, bots allow true personalization. The way I look for flights could easily be captured and the interaction could be easily adjusted in a scalable way. The need for hard to build interfaces which take time to develop and deploy is eliminated. Small snippets (a text bubble or design form) could be crunched through easily and, as a result, we can create a bot experience that works like Lego — with hundreds of thousands of different bricks (bubbles) that fit nicely into each other to create a product that a user desires.

Interested in finding out more about Skyscanner's journey with bots and voice travel search? Learn More